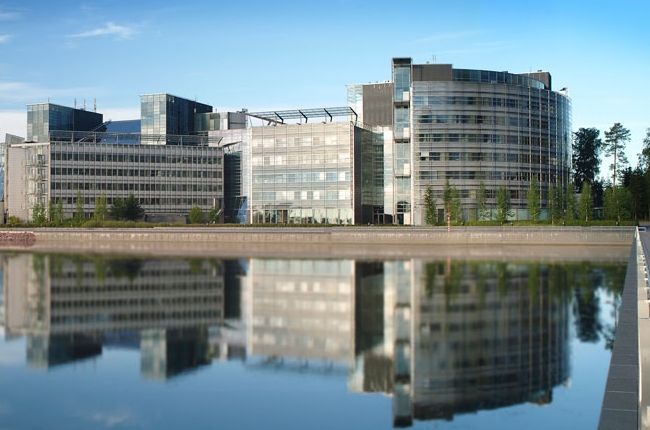 Espoo – second-large city of the country. It is the satellite town of Helsinki which together with Vantaa and Kauniaynen does Helsinki by the million-plus city. Actually the city to call difficult for Espoo – it has no historic center per se, it is the cottage settlements and several multistoried housing estates of city type united in one infrastructure rather. It is located on the bank of the Gulf of Finland to the West from Helsinki. From Helsinki, it is possible to reach Espoo on the route No. 51 which goes on the coast of the gulf and allows to admire picturesque islands. It is prestigious to live in Espoo; this municipality is considered the richest in the country on the volume of own budget and for the income of its inhabitants. Besides in 2012 the city council of Espoo was municipal body where the share of female representatives is highest – 53%.

Espoo in respect of tourist rest represents cocktail from the nature, cultures, business and scientific life. Here you are waited by children’s holidays, art exhibitions, ecotourism objects, sporting events, theatrical events, musical festivals and concerts. In one of housing estates – Lempyavaara – is the biggest shopping center Sello of Finland. The second mega-giant of trade of ISO – Omena is in a housing estate of Matinkyla. Besides these megacenters, successful shopping will be provided to you by the numerous boutiques, outlets, shops of IKEA and Tapiola concerns located along the central roads of Espoo so that it is simply impossible to pass them.

Espoo also is famous for the “peninsula of billionaires” – so call the peninsula Keilaniemi on which are located to office of the largest Finnish and international companies whose turns are estimated in billions of euros. Among these companies Nokia, Fortum, Neste, metallurgical concern Outokumpu, the manufacturer of the drugs Orion, paper concern M-Real, the Finnish office there is Microsoft, the Finnish center of the sociological and media researches TNS Gallup. Bases in Espoo have the football club “Honka” acting in the highest league of the championship of Finland on soccer and hockey club Espoo the Blues, acting in CM League of Finland. A sort from Espoo the famous racer of Formula One Kimi Raikkonen and the figure skater Laura Lepistoe who got a gold medal of the European championship, the first in the history of Finland, in single skating. In Espoo there is a hippodrome of Vermo, most popular in Finland. Espoo became the homeland for a death metal of the Children of Bodom group and electro-industrial of the RTPN group.

Basketball is also popular in our city and we are one of the best known teams from Espoo.